Aric Urban is in his second season as coach in the Corona del Sol boys basketball program after graduating - virtually - from CDS in 2020. Coach Urban played for four years in the program, including as a member of the varsity squad both his junior and senior year. He currently attends Arizona State University with plans to double major in Accounting and Financial Plan. He has deep roots at Corona; Urban’s mother Kris has taught English at the school for 24 years and was the long-time adviser for newspaper and yearbook, while his older brother, Alec, also is a coach on the basketball staff.

This is Andrew Svorinic's third year as part of the Corona Basketball Program. He has coached basketball for several years, from elementary school up through the high school varsity level. He grew up in Tucson, AZ and graduated from Arizona State University. His mission is to coach champion students and athletes to compete inside, outside, above, and beyond the hardwood lines of a basketball court. He has been married to his wife Carolyn for 27 years and they have two children: Elizabeth, 25 and Matthew, 23. 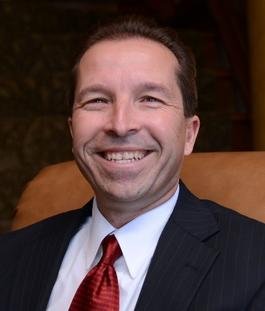 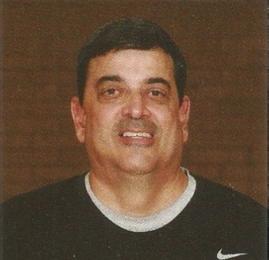 Russ Hinder is in his first season as Junior Varsity head coach and Varsity assistant coach. The 42-year old played college basketball at the University of San Francisco before returning to his native Australia to play 13 seasons of professional hoops in the National Basketball League. Hinder also appeared in 35 games representing Australia on the national team, including the 2006 World Championship. Hinder has been married to his wife, Jen, for 20 years, and they have three children: Ollie, a junior at Corona and a member of the varsity team; Callie, an eighth grader at Aprende Middle School; and Matilda, a sixth grader at Aprende.

Isaac is beginning his second season as part of the Corona del Sol Coaching Staff, taking over Video Coordinator duties. Isaac is a 2019 graduate of Gilbert High, where he worked alongside his twin brother Marcus as a varsity manager for two years. Isaac was also part of the team that brought home a State Championship trophy in 2019. He is currently enrolled in Community College at Chandler-Gilbert but plans to soon be moving up to a four-year university in hopes of pursuing a career related to aviation.

Check out our Coaches...

Marcus is in his third year as part of the Corona del Sol Coaching Staff, after joining his dad for the 2019-20 season. Marcus worked as a varsity manager at Gilbert High for two years, and was part of the team that brought home a State Championship trophy in 2019. He is currently enrolled at Mesa Community College but plans to soon be moving up to a four-year university in hopes of pursuing a career in journalism.

Coach Neil MacDonald, 55, became only the fourth head boys basketball coach in CdS history in May 2015. Taking over after serving as varsity assistant coach for two state championship teams, Coach Mac brings over 30 years of coaching experience to the Aztec locker room. "The opportunity to coach a program like Corona del Sol is as good as it gets as a high school coach," Coach Mac said. "The tradition of excellence that has been built here, not only in basketball, but campus wide, makes Corona a very different. I have the best job in the state."

A native Arizonan and graduate of Mesa Westwood High School, Coach Mac is well traveled, as his career has taken him many places. He has worked with athletes at the high school, college, and pro levels. Coach Mac began his career as a graduate assistant at Arizona State University, where he earned his Bachelor of Science Degree in Organizational Communication. From there, he spent two years coaching professionally for KFUM/Ares in Kristanstad, Sweden. "The time I spent overseas was a great learning experience for me," Coach Mac said. "As a rookie head coach, I learned very quickly how challenging the job can really be. It taught me to be humble and never stop trying to learn." After returning home, Coach Mac spent three years as Director of Sports Competition for the Grand Canyon State Games, an Olympic-style amateur sports festival before earning a Master's degree in Education from Northern Arizona University and becoming a full-time teacher and high school coach. He spent the last 15 years in the Gilbert School District, most recently as head coach at Campo Verde High School.

Coach Mac's focus at CDS is always on maintaining the healthy culture that was built by his predecessors, and making sure to honor the traditions that existed before he arrived. “Wins and losses come and go, and are often outside of our control. However, judging our success by our attitude, effort, how we treat each other, and how we represent our community, is something we can control every day,” he said.

Nothing matters more to Coach Mac than his family. "My wife and children make me a better person every day," he said. "I couldn't do this job without their love and support." Coach and his wife of 28 years, Annica, have three children: a daughter, Emma, 23, and twin boys, Marcus, and Isaac, 20.

Alec Urban returns for a fifth season as coach in the Corona del Sol boys basketball program after graduating from CdS in 2017. Coach Urban played for the Aztecs on both the freshman and JV teams while in school before becoming the varsity team manager in charge of analytics in his final two years, including Corona’s state runner-up team in 2016-17. He graduated from Arizona State University in May 2021 with a B.S. in Mathematics/Statistics. His ties to Corona run deep; Urban’s mother Kris teaches English and was the long-time newspaper/yearbook adviser at the school while brother Aric, a former member of the varsity squad, has also joined the coaching staff.